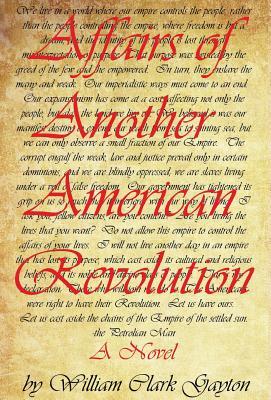 Welcome to the World of Affairs ...Where the British Empire won the American Revolution thanks to the introduction of Air-ships. There is no religion. No art. No literature or culture. Only the greed of the British Empire and the Oxford Gambit- driven by scientific progress, engineering, and industrial ingenuity. The British Empire has ignited an early Industrial Revolution. But in the waning months of summer of 1811, the newly united Asian nations have begun their industrialization.

The oncoming war will entangle the affairs of a General and his revolution, a Slave and his uprising, a young Sky-Captain and his youth, and an industrialists vendetta on society. Independence. Freedom. Identity. Love. Revenge. None of this matters. For invasion is imminent.

Comments
Comments for "Affairs of Another American Revolution":