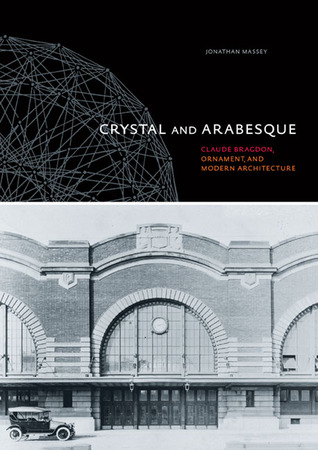 From the 1890s to the 1930s, Claude Bragdon enjoyed an international reputation as an architect, designer, and critic working in the progressive tradition associated with Louis Sullivan, Frank Lloyd Wright, and the Prairie School. In 1915 Bragdon created “projective ornament,” a system of geometric patterns designed to serve as a universal form-language integrating not only architecture, art, and design, but also a society divided by differences of class, gender, religion, culture, and national origin.

Spreading across the surfaces of buildings, posters, books, and the settings Bragdon designed for massive community singing festivals, projective ornament came to symbolize the progressive potential of modernity for thousands of Americans.Bragdon disappeared from memory when mid-century histories promoted a narrow view of modern architecture that emphasized functional planning, industrial building technique, continuous space, and the suppression of ornament.

But his work left an ongoing legacy when younger architects such as Buckminster Fuller found new ways of using geometric pattern to promote architectural and social integration. Now that architects and designers are once again generating innovative work based on geometry, ornament, and pattern, Crystal and Arabesque draws on a rich trove of previously unpublished work to show how American modernists committed to social reform used ornament in new ways to engage the media and audiences of mass society.