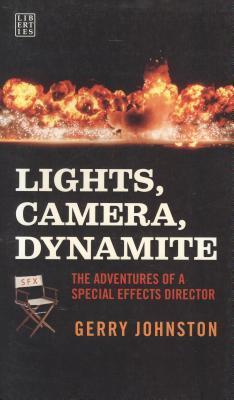 Gerry began working and learning on the job as a novice special effects man in 1960s Ireland. Often with little more than his wits, a tool-box and some electrical cable he had to interpret and realize the directors vision, usually on a limited budget. After learning the ropes on a string of WW2 films, co-ordinating dogfights and working with the likes of George Peppard, Julie Andrews, James Mason and a cursing Ursula Andress, Gerry soon became the man to call if you were making a film in Ireland.

One of Gerrys earliest jobs was working on the Oscar-winning Ryans Daughter, trucking around Irelands beaches with director David Lean, searching for the perfect storm. From impressing the genius of Stanley Kubrick, to realizing John Boormans vision of Excalibur, Gerrys 40-plus year career is a personalized chronicle of Irish film- a behind-the-scenes glance at a turbulent history. Gerry has worked with international and Irish stars and directors including Steven Spielberg, Neil Jordan, Helen Mirren, Sean Connery and a young Colin Farrell, and his credits include global hits such as In The Name of the Father, My Left Foot, Braveheart and Saving Private Ryan.

The book reveals the secrets and occasional mishaps behind the visual effects and stunts performed to create the illusion for the viewer. With an extensive plate section of behind the scenes shots, as well as an introduction by James Morris, Chairman of the Irish Film Board, Lights, Camera, Dynamite is an entertaining look into the creation of the magic we see on screen and the people who conjure it up.