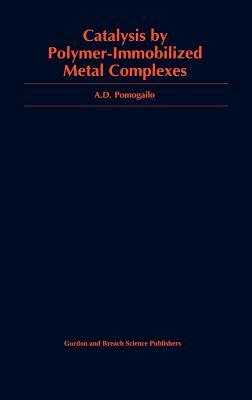 Deals with a new and promising field developed during the last two decades on the boundary between homogeneous and heterogeneous catalysis. This book presents general information on catalysis for a wide range of organic reactions, e.g., hydrogenation and oxidation reactions, and polymerization transformations.

Special attention is paid to electro- and photochemical stimulation of catalytic processes in the presence of immobilized metal complexes. Other topics covered are the quantitative data on the comparison of catalyses by mobile and immobilized metal complexes- main factors affecting the activity of these catalytic systems and methods of optimizing their control- and specific problems of catalysis by fixed complexes (e.g., ligand exchange and electron transfer in metal polymer systems, macromolecular effects and polyfunctional catalysis).