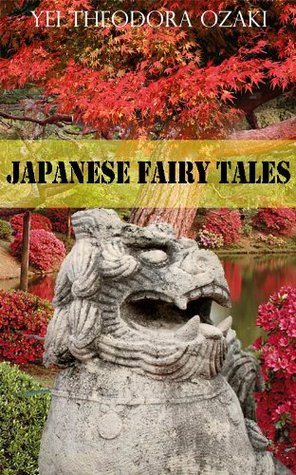 They range from the very familiar (in Japan), such as, “Momotaro, or the Story of the Son of a Peach,” to the less well-​​known, “The Stones of Five Colours and the Empress Jokwa.” We are told that, “Ozaki unabashedly re-​​crafted some of the stories, translating loosely and adding in elements of unrelated tales, in order to make them more enjoyable and understandable for Western children,” and the author admits as much herself: “These stories are not literal translations, and though the Japanese story and all quaint Japanese expressions have been faithfully preserved, they have been told more with a view to interest young readers of the West than the technical student of folk-lore.” So this is far from being a scholarly collection- rather a creative work written from a love of Japan and its heritage of story, aimed at eager young minds, for whom Japan was a distant, alien and possibly unknown culture.This kindle edition comprises of 22 stories with the new beautiful illustrated relevant to each tales.

The storeis are as followings in which they have the TOC linkage for easy navigation.MY LORD BAG OF RICETHE TONGUE-CUT SPARROWTHE STORY OF URASHIMA TARO, THE FISHER LADTHE FARMER AND THE BADGERTHE shinansha, OR THE SOUTH POINTING CARRIAGETHE ADVENTURES OF KINTARO, THE GOLDEN BOYTHE STORY OF PRINCESS HASETHE STORY OF THE MAN WHO DID NOT WISH TO DIETHE BAMBOO-CUTTER AND THE MOON-CHILDTHE MIRROR OF MATSUYAMATHE GOBLIN OF ADACHIGAHARATHE SAGACIOUS MONKEY AND THE BOARTHE HAPPY HUNTER AND THE SKILLFUL FISHERTHE STORY OF THE OLD MAN WHO MADE WITHERED TREES TO FLOWERTHE JELLY FISH AND THE MONKEYTHE QUARREL OF THE MONKEY AND THE CRABTHE WHITE HARE AND THE CROCODILESTHE STORY OF PRINCE YAMATO TAKEMOMOTARO, OR THE STORY OF THE SON OF A PEACHTHE OGRE OF RASHOMONHOW AN OLD MAN LOST HIS WENTHE STONES OF FIVE COLORS AND THE EMPRESS JOKWA